Past Forward 2008
This exhibition was the result of seven artists and a composer working with the art of the past.
Each one chose a particular artist and made studies from their work, in the form of drawings, sketches and paintings. The knowledge gained from this analysis was used to make more personal pieces. The artist I studied was Grant Wood.
Grant Wood (1891-1942)
Best  known for his famous canvas American Gothic (1930)  American artist Grant Wood was born and raised in Iowa in America’s rural heartland .
Grant Wood founded his art on his heritage and pioneered a new vision of Regionalist Art.After a trip to Europe in 1928 he started to experiment with some artistic elements adapted from the old Flemish masters using their decorative patterning and solid contoured painting in his subsequent work.
I first became interested in Grant Wood’s paintings a few years ago when I used a transcription of American Gothic  for a series of 5 self portraits so I decided to take a closer look at his lesser known work.
Woman with Plants is an unsentimental portrait of the artist’s mother depicting her as an archetypal pioneer woman with a rather lush farmscape in the background . This was Wood’s first serious attempt at a neo-Flemish painting In my version Woman with Fish  instead of Grant Wood’s mother I have depicted my maternal grandmother Annie Jane Smith and have replaced the Iowa landscape with a Lincolnshire landscape (Tetney Lock to be more specific) The plants have become fish and Wood’s signature windmill is now the Grimsby Dock Tower. 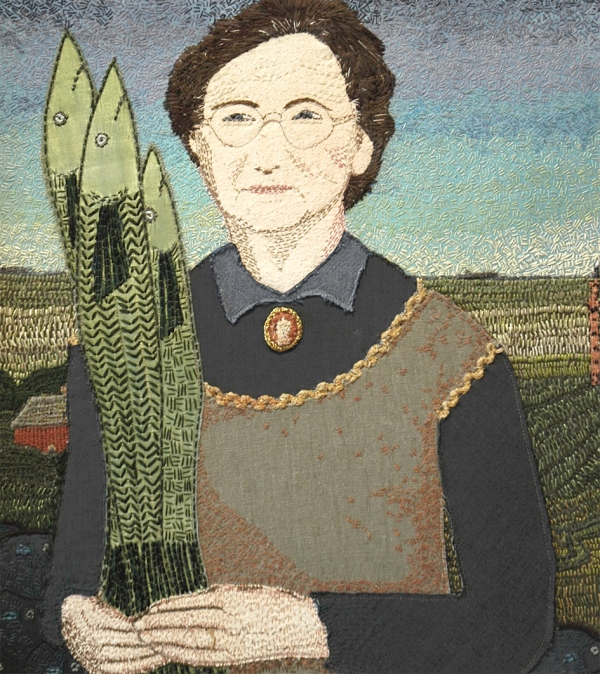 Daughters of Revolution  Depicting them as shortsighted spinsters whom he called ‘ those Tory Gals ‘this satyrical painting was executed as a revenge on the local members of the DAR after they publicly criticised a piece of his work for being assembled abroad. In my version Daughters of Grim (above right) I have replaced the stern faced DAR women with my maternal grandmother Annie Jane Smith and my paternal grandmother Alice Ann Stone on the left of the picture and my mother Muriel May Stone  on the right. The painting in the background depicts the brave fishermen of the Grand Fleet Grimsby c 1920. and I have replaced the teacup with a small fish . 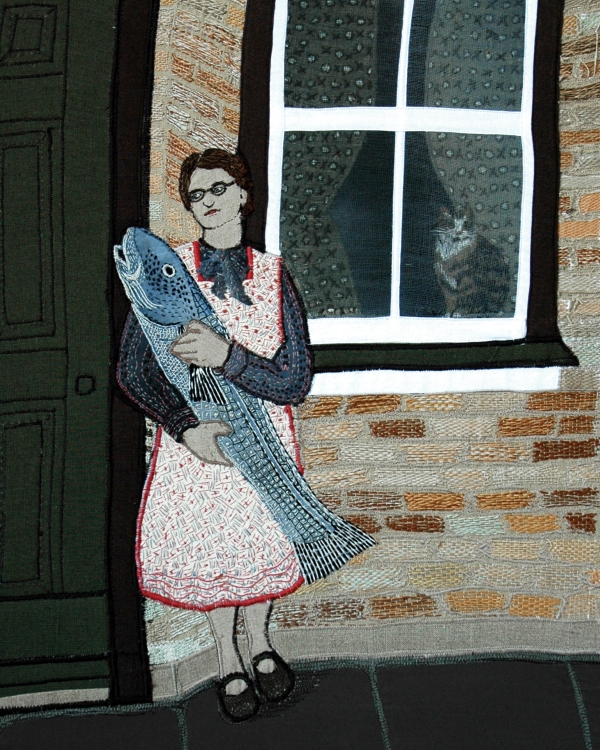 A selection of beach and landscapes 2007/8 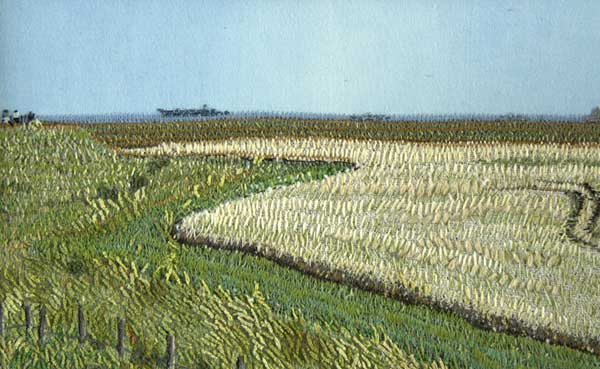