This book was published to accompany my solo exhibition Do You Remember Me? at the Knitting & Stitching shows 2016

Documenting the thoughts and processes behind my series of portraits and self-portraits, stitched and painted marks on cloth; one embroiderer’s personal examination of memory, self and relationship with self.

Family Tree (below) 2016
mixed media
An installation of 18 images which explore relationships with, and between, the artist’s immediate family members; grandparents, parents, sons, daughters, in laws are all represented here. 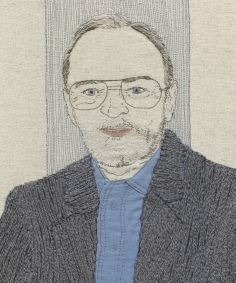 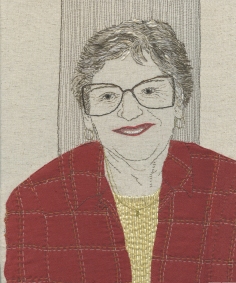 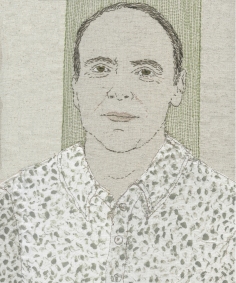 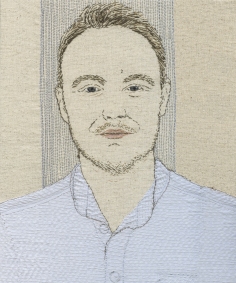 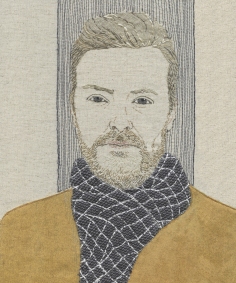 Images below are of the work installed at the 2016 Knitting & Stitching Shows in Dublin (left) and Alexandra Palace, London (right) 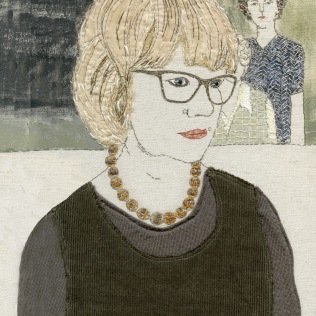 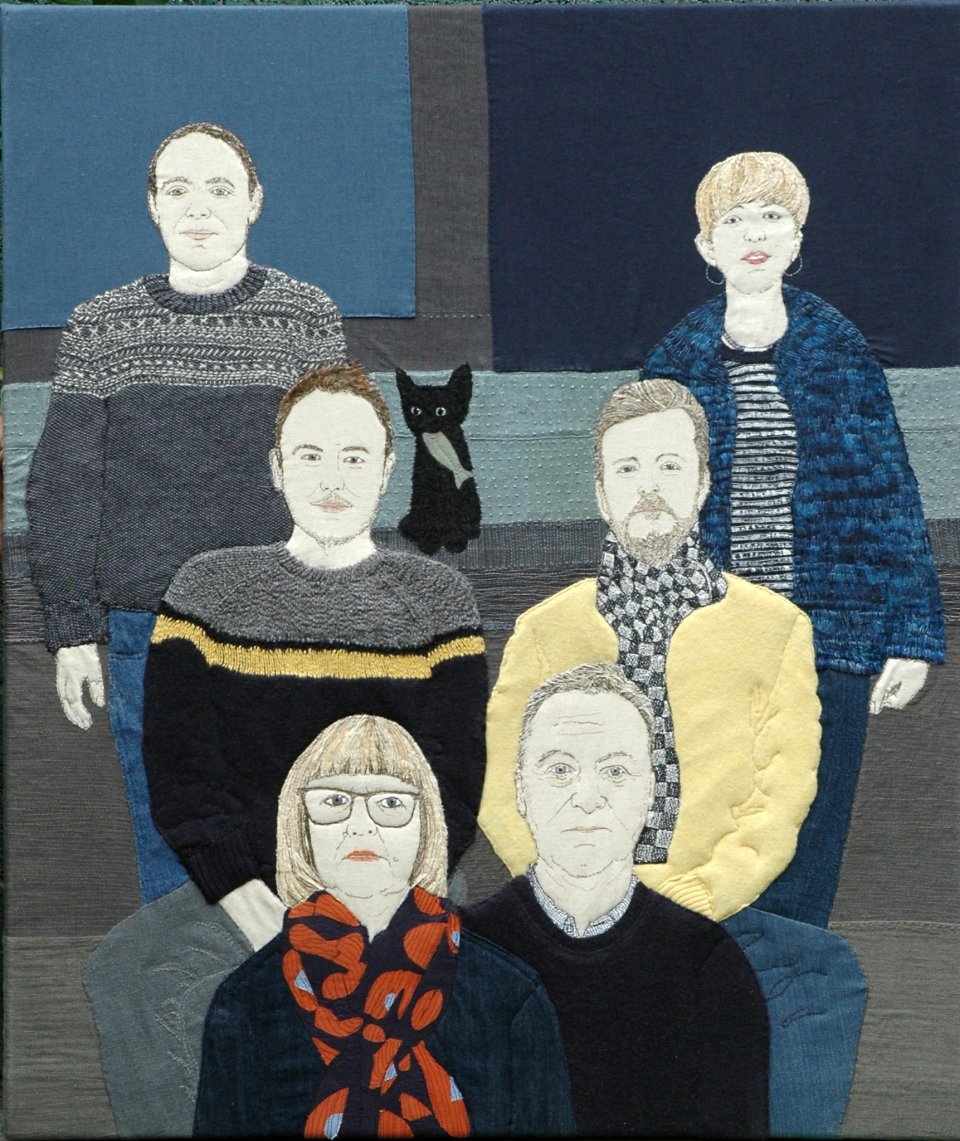 Self Portrait with Fish (below) 2016 mixed media

This self portrait was inspired by a gifted image. Thank you Gienia Bartlett, Leeds EG.
The fish is a symbol of the artist’s Grimsby heritage.

Self Portrait with Fish 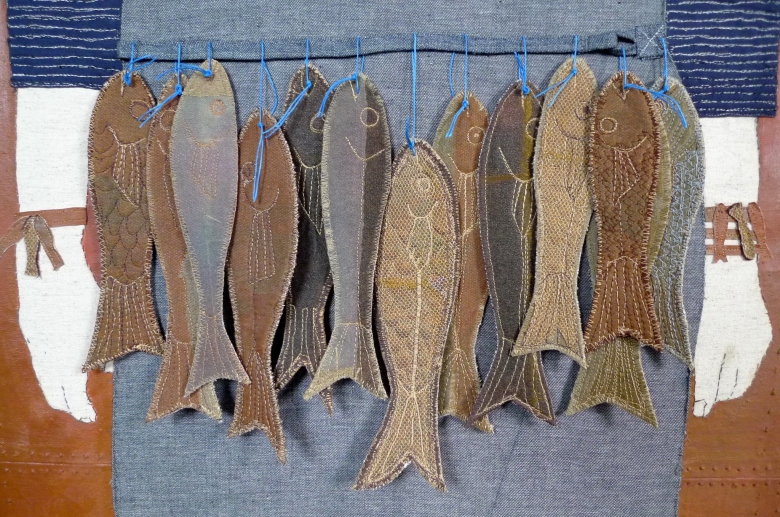 Detail of Self Portrait with Fish

Self Portrait with Fish on a Washing Line 2016 hand stitch