Most of the year 2015 was taken by the making of 63 • a Self Portrait made up of 63 images but I did manage to fit in a couple of other pieces. I began the year by making a partner piece for Portrait of a Grimsby Girl 2014 which was called Portrait of a Lincolnshire Lad a triple portrait of my Dad. It measures 76 x 55 cms and is mixed media : hand and machine stitch with paint.

Portrait of a Lincolnshire Lad 2015

I also managed a commission of Great Grimsby Ice Factory. 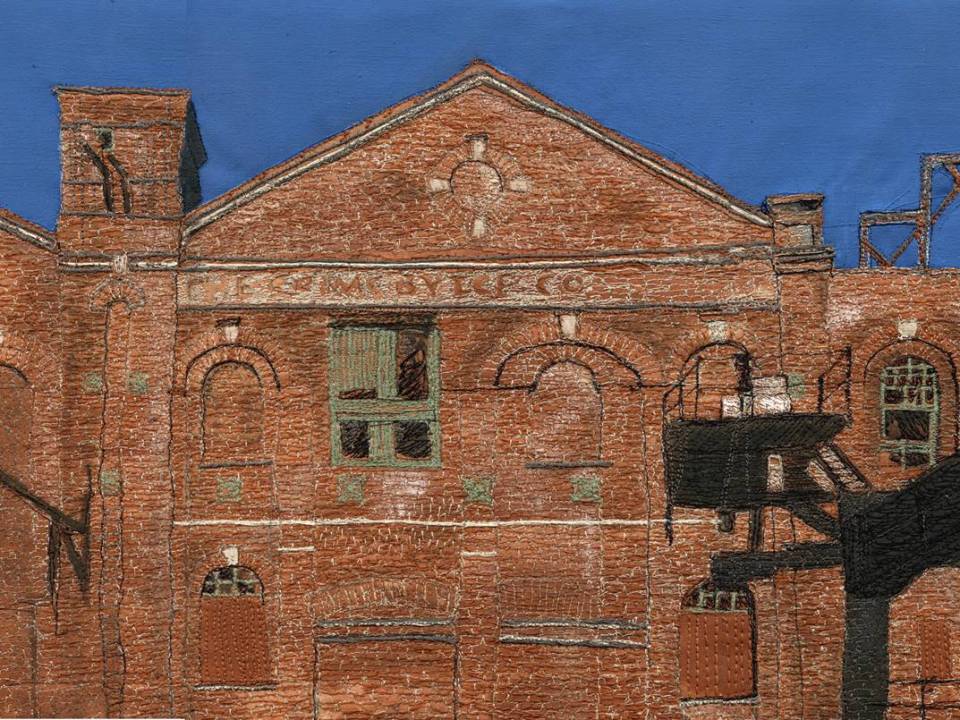 About 63
63 is a self-portrait made up of 63 images, one for each year of my life so far. So why put myself through all this work, and, to be perfectly honest, the angst of self examination, a replaying of all the ups and downs of life?

There were several reasons, but the main one was that I was asked to take part in a self-portrait exhibition in 2015 and I was given a 6 metre wall to fill!

For this I had to work to a deadline and that in turn forced me to look at the way I work and helped me find a simplification of my mark-making.

I didn’t finish it in time as my thought process was slower than expected and so it was shown as work in progress. Numbers 1 to 42 were shown. 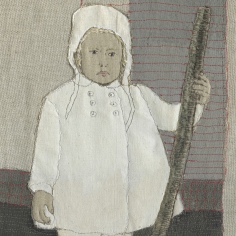 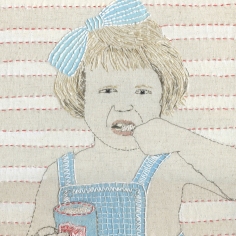 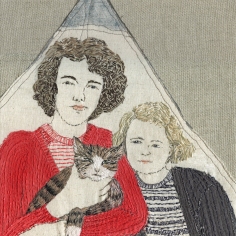 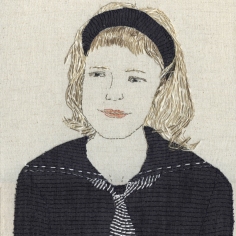 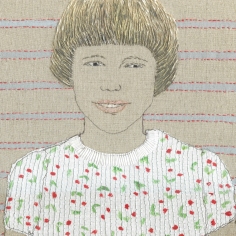 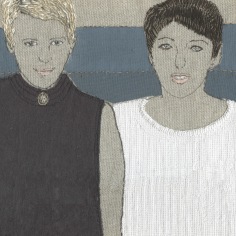 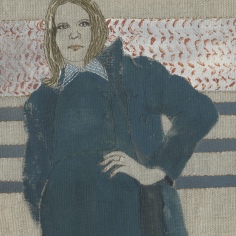 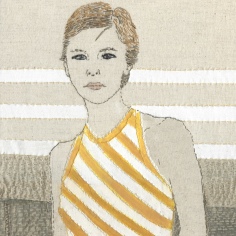 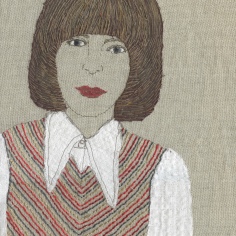 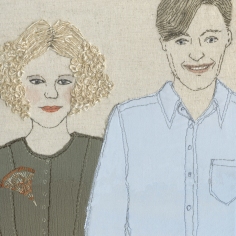 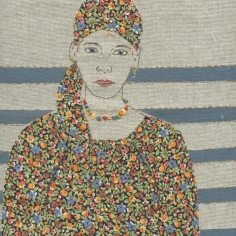 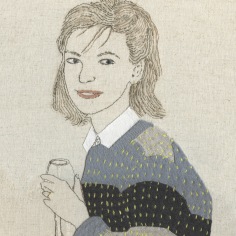 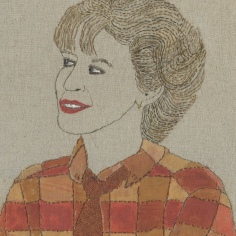 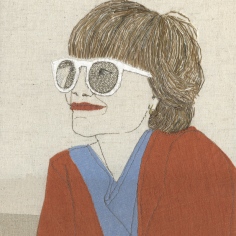 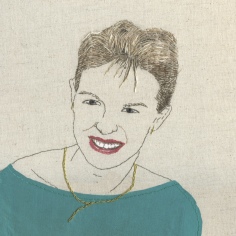 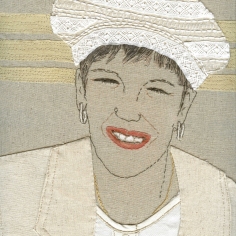 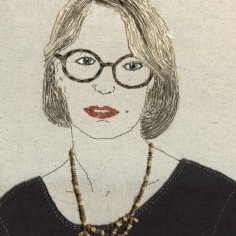 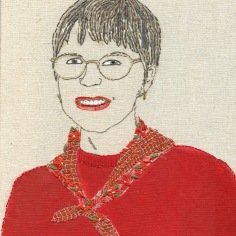 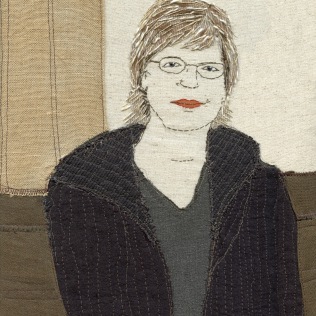 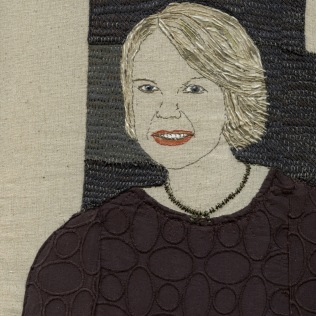 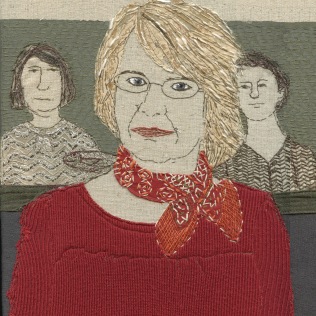 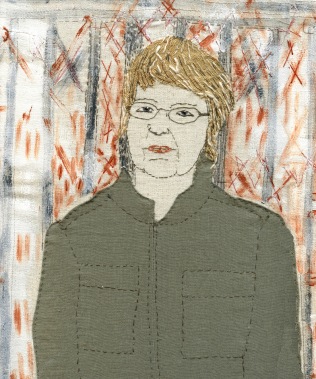 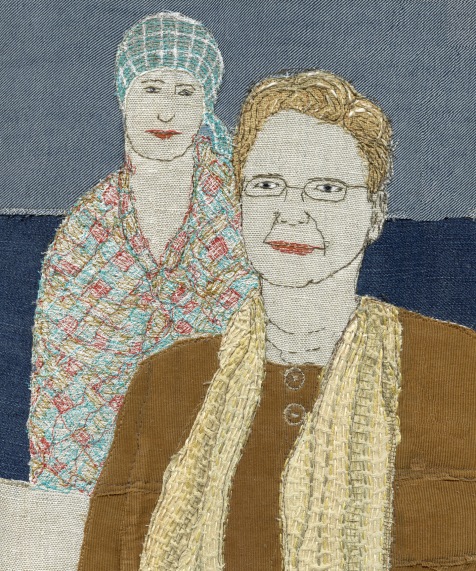 Life is Just a Bowl of Cherries

I’m proud to say that Life is Just a Bowl of Cherries 2015 shown above is now part of the prestigious Diana Springall Collection . It measures 25.5 x 30.5 cms.